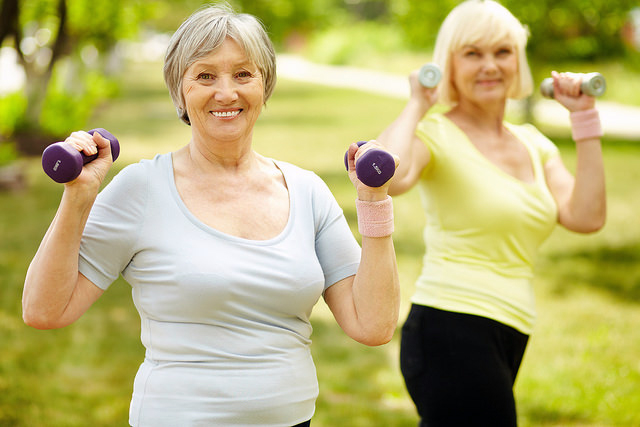 Have you heard of National Senior Citizens Day? If not, you aren’t alone. This holiday is not often listed on most, if any, calendars. There are usually no headlines or special sales or promotions that accompany this holiday. Why is National Senior Citizens Day virtually forgotten? Probably for the same reasons that led to its establishment in 1988 by President Reagan.

Older adulthood is not universally celebrated and valued.  Ageism (negative attitudes and behavior toward older adults) continues to be a “serious national problem” since it was first discussed by Robert N. Butler, M.D. in 1969. Butler later wrote the Pulitzer Prize winning book, “Why Survive? Being Old in America” and became the first Director of the National Institute on Aging in the United States.

Historically, older members of our society were valued for their vast knowledge and contributions to society.  Fast forward to our current society, which has a well-established and profitable market of greeting cards, t-shirts, and other products that portray older adulthood in a negative light, for example being “over the hill.” Our youth-centered society supports a billion dollar industry of “anti-aging” creams, treatments and surgeries, to reduce signs of aging.

Frequent headlines exaggerating the incidence of Alzheimer’s disease add to fears and worries about older adulthood. Save the relatively rare coverage of positive images and outlooks on aging, even though older adulthood can be a fulfilling and happy time in one’s life. In fact, studies show that many older adults report being happy and satisfied with their lives.

Medicare and social security are constantly targets for budget cuts, despite alarming rates of poverty and financial problems among older adults. Forced early retirement and incidents of age discrimination toward older workers are on the rise. Reports of elder abuse (both financial and physical abuse) by health care workers and by family members are also increasing.

Adults aged 65 and over are the largest and fastest growing age group in our society.  It’s long overdue to celebrate senior citizens both on August 21 and other days, too. The 1988 Proclamation is still relevant today.

“Throughout our history, older people have achieved much for our families, our communities, and our country. That remains true today, and gives us ample reason this year to reserve a special day in honor of the senior citizens who mean so much to our land.

With improved health care and more years of productivity, older citizens are reinforcing their historical roles as leaders and as links with our patrimony and sense of purpose as individuals and as a Nation. Many older people are embarking on second careers, giving younger Americans a fine example of responsibility, resourcefulness, competence, and determination. And more than 4.5 million senior citizens are serving as volunteers in various programs and projects that benefit every sector of society. Wherever the need exists, older people are making their presence felt — for their own good and that of others.

For all they have achieved throughout life and for all they continue to accomplish, we owe older citizens our thanks and a heartfelt salute. We can best demonstrate our gratitude and esteem by making sure that our communities are good places in which to mature and grow older — places in which older people can participate to the fullest and can find the encouragement, acceptance, assistance, and services they need to continue to lead lives of independence and dignity.”

If you would like to learn more about ageism, the following might be of interest to you:

Sheri R. Levy is an Associate Professor in the Department of Psychology at Stony Brook University, USA. She earned her PhD at Columbia University in New York City, USA. Levy studies factors that cause and maintain prejudice, stigmatization, and negative intergroup relations and that can be harnessed to reduce bias, marginalization, and discrimination. Her research focuses on bias based on age, ethnicity, gender, nationality, race, sexual orientation, and social class.  With Jamie L. Macdonald and Todd D. Nelson, Levy co-Edited a special issue of Journal of Social Issues on “Ageism: Health and Employment Contexts” (Levy, Macdonald, & Nelson, 2016). Levy’s research has been funded by the National Science Foundation, and Levy publishes her research in journals such as Basic and Applied Social Psychology, Child Development, Cultural Diversity and Ethnic Minority Psychology, Group Processes and Intergroup Relations, Journal of Personality and Social Psychology, Personality and Social Psychology Bulletin, and Social Issues and Policy Review. Levy was Editor-in-Chief of Journal of Social Issues from 2010-2013 and is a Fellow of the Society for the Psychological Study of Social Issues (Division 9 of American Psychological Association).

Ashley Lytle is an Assistant Professor at Stevens Institute of Technology in Hoboken, New Jersey, USA. Ashley earned her PhD from Stony Brook University, New York, USA.  Her research explores how prejudice, discrimination, and stereotyping impact social and health outcomes among marginalized groups. For example, much of Ashley’s research has focused on better understanding prejudice toward older adults and sexual minorities, with the ultimate goal of creating simple, yet effective, interventions to reduce prejudice. She also examines how intergroup contact and beliefs systems relate to prejudice as well as the more applied focus of understanding factors that are involved in the reduction of prejudice and stigmatization.

Jamie L. Macdonald is graduate student at Stony Brook University working with Sheri R. Levy. Jamie received her BA and MA in Psychology from Stony Brook University, New York, USA. Her research investigates prejudice, stereotyping, and discrimination with a focus on ageism in different contexts, like the workplace. She was a Co-Editor, with Sheri R. Levy and Todd D. Nelson, on a special issue of Journal of Social Issues on “Ageism: Health and Employment Contexts” (Levy, Macdonald, & Nelson, 2016).