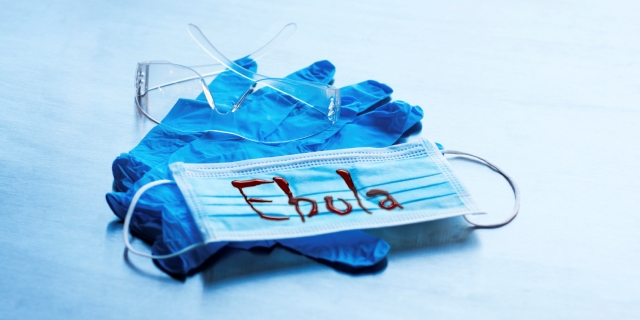 Although the word Ebola percolated into the American public consciousness over two decades ago owing to an Ebola outbreak in a Washington, DC suburb, it was not until Liberian citizen Thomas Eric Duncan, died from the disease, on October 8, 2014 in Dallas, Texas, that concerns about the spread of Ebola in the United States reached a fever pitch, and that the word Ebola itself became a subtext for stigmatization and alienation of an entire continent and group of people. When I first heard about Thomas Duncan’s death, I shed some tears. As I later reflected on my emotions, I realized that to me, his face had become the composite face of all Ebola’s victims, and his travel to the United States represented the promise and near certainty of survival.

As a fellow African immigrant who was born less than 500 miles away from Liberia’s capital, I empathized with Mr. Duncan and was neither concerned about his immigration status nor the ulterior motive of his journey to America. After all, freedom of movement, a universal human right, cannot just be the prerogative of foreign doctors and nurses emigrating from low- and middle-income countries to serve U.S. medically underserved populations. As recently as 2011, three out of four Liberian physicians counted were practicing in the U.S.

Implicit bias and the re-enactment of white privilege and black disposableness. I cried at the passing of Thomas Duncan in part because it seemed to me that some of my worst suspicions were confirmed. Having some knowledge of U.S. health disparities data, I had anticipated that Mr. Duncan would not be given the same attention as that provided to the other Ebola patients treated in the U.S., who at the time, were all white.

As the Institute of Medicine (2003) documented extensively in their seminal report Unequal Treatment: Confronting Racial and Ethnic Disparities in Health Care, “even at equivalent levels of access to care, ethnic and racial minorities, experience lower quality of health services and are less likely to receive even routine medical procedures than white Americans” (pp. 29-30). These differences in treatment are associated ultimately with greater mortality among ethnic and racial minorities, especially non-Hispanic blacks.

In my view, although Mr. Duncan was uninsured and relatively poor, his socioeconomic disadvantage was compounded, fatally so, by his blackness. That he was sent home on his first hospital visit with a 103F fever and other key Ebola symptoms is very disquieting. Worse still, is the fact that they sent him home despite knowing about his recent arrival from Liberia, and the extreme lethality of the Ebola virus disease.

It may be tempting to blame the judgment lapses of one emergency physician or nurse or the lack of training and preparedness on the part of the hospital, and these may be factors. However, while we do not have evidence of a conscious intent to neglect Mr. Duncan or give him inadequate care, we do know that implicit bias has a profound impact on perceptions and decisions generally.

Implicit bias refers to the way people unconsciously, and often unwillingly, harbor prejudice toward members of other groups. Social science scholars have postulated that implicit bias or unconscious racism is often at play in the delivery of care to ethnic minority patients. Such implicit bias might serve to explain the well documented tendency of white psychiatrists to over-diagnose African American patients with schizophrenia (a condition too-often associated with violence) and under-diagnose them with depression (implicating isolation, self-devaluation, and suicide).

The same unconscious dynamics might help to explain why emergency staff from Texas Health Presbyterian Hospital sent a fevered Thomas Duncan home with a prescription of over-the-counter Tylenol on his first visit, despite presenting with key Ebola symptoms and revealing his recent arrival from Liberia. Hardin and Banaji pointed out that prejudices and stereotypes are embedded in social consensus and occur in systematic patterns, and hence must be addressed systematically and proactively through policy interventions. Indeed, we must pay careful attention when research suggests that

“over 80 percent of American whites and Asians show anti-black bias. Policies that are willing to take into account the presence of implicit forms of prejudice and discrimination as a given will be the more forward thinking instruments to change because they will be rooted in a truth about human nature and social contexts” (pg. 18).

An eerie parallel of neglect of sub-Saharan Africa.  The negligent treatment of Thomas Duncan patterns the larger story of tokenistic, late, and inadequate assistance too often provided to sub-Saharan African countries. While there is not yet a cure for Ebola, it is known that early intervention is critical to contain the disease. As of November 5, 2014, 4,808 human beings out of 13,015 infected in eight countries and three continents had been killed by the Ebola virus disease. The three most affected countries, Liberia (2,413 deaths for 6,525 cases), Sierra Leone (1,070 deaths for 4,759 cases), and Guinea (1,041 deaths for 1,731 cases) are three of the world’s poorest countries with collapsing health infrastructures woefully inadequate for containing an epidemic.

Between 2004 and 2010, these countries had a combined physician workforce of 1,127 and a total stock of 6,403 nurses and midwives. With an aggregate population exceeding 21 million people, this equates to 0.05 physicians per 1,000 people, and 0.3 nurses and midwives per 1,000 people. All these data are known to the global health community through reports of its most symbolic agent, the World Health Organization (WHO).

With a case fatality rate ranging from 25 to 90% in previous outbreaks, the WHO knew all too well the grim predicament that would befall the current Ebola-afflicted countries if left unassisted. The index case, a 2-year-old boy, died on December 6, 2013, in Guéckédou, in southeastern Guinea. By the time the Ebola virus was confirmed in March 2014, it had killed dozens in Guinea and had spread across land borders to Sierra Leone and Liberia.

Yet, it was not until five months later, in early August 2014, that the WHO Director-General declared this outbreak a Public Health Emergency of International Concern (PHEIC). But, as Gostin (2014) rightly observed, “a major international response did not occur until two American aid workers and a Spanish priest became infected.” By that time, nearly 1,000 patients had already died in West Africa.

Treating the lives of some human beings and their pet dogs as sacred while treating those of other human beings as dispensable is not only the essence of slavery, racism, or colonialism, it can also explain some of the most tepid humanitarian interventions of our times, namely, Somalia’s Operation Restore Hope, the Rwandan genocide, the emergency management of Hurricane Katrina, and now, the Ebola epidemic.

If only the current Ebola hysteria in the U.S. could transcend the deep-seated stereotypes about the danger of Africa and serve as a reminder of what may befall us when we lose sight of the interconnectedness of our world while perceiving other human beings merely as distant others that take away scarce resources, then maybe Thomas Eric Duncan’s death would not be in vain.

Akhenaten Tankwanchi (aka Benjamin Siankam) is a psychologist with broad interests and developing expertise in health and socioeconomic disparities, health services research, global health policy, international development, and African Affairs. He received a PhD in community research and action from Peabody College (Vanderbilt University) in 2012. Prior to pursuing his doctoral degree, he worked for the City of Alexandria Community Services Board and in the Office of Ethnic Minority Affairs of the American Psychological Association. He currently operates as an independent consultant from Washington, DC. He has collaborated with the World Bank Development Research Group and the Vanderbilt Institute for Global Health. His recent publications appear in PLOS Medicine and the Lancet Global Health.