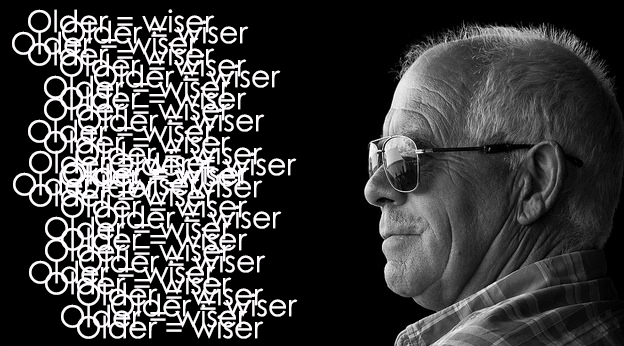 Every year, on October 1st,  we celebrate the International Day of Older Persons. The theme for 2016 is ‘Take a Stand against Ageism.’

Ageism is the term used to describe prejudice towards and/or discrimination against an individual based on their age. It is rooted in stereotyping, where we cluster perceived traits together and make assumptions based on social categories. Its effects can be powerful and damaging.

Ageism against older people is widespread, and in Western countries we hear about:

These are just a few examples.

People are treated differently because of their (older) age on a regular basis, and we are not always attuned to it. Ageism is taken for granted so much so that we may not even notice it when it is happening. It is something that can affect us all and is more tolerated than racism and sexism, with many arguing that it is ‘socially-condoned’ (North & Fiske, 2012).

Ageism can affect young people, but it is mainly thought about in relation to old people. And because it is a form of discrimination and prejudice, it can be negative or positive. However, we rarely hear about the latter and as a consequence few recognize that ageism has this alternative side.

What is positive ageism or ‘sageism’?

You may have heard the saying ‘the older the wiser’? It connects with stereotypes of older people as having gained wisdom through their longevity and life experiences (Palmore, 1999), and has been described as ‘sageism’ (Minichiello, Browne & Kendig, 2000: 268):

“With sageism, people interact with older people as venerated elders who are respected for their knowledge and experience. There is potential for negative effects, however, if the elder cannot meet such expectations.”

They go on to describe how, in their study, older participants felt that they were being sought out for their wisdom and listened to more. However, older people did not always enjoy this ‘unexpected respect’ as it created a pressure when they could not live up to these expectations but did not want to let the younger people down.

‘may appear to be emphatic, but they are actually paternalistic in nature and support ageist behaviours, which can be detrimental to older adults’ (p.208).

She uses the example of asking older people for advice (a positive ageism item on the Relating to Older People scale):

“There is nothing about age per se that makes individuals better conversationalists or even better at giving good advice. Furthermore, if we replaced “old people” with another social categorization, such as gay men, these statements would be somewhat laughable (re: I enjoy conversations with gay men because they are gay).” (Chonody & Teater 2016: 12)

Some academics note the link between positive ageing and positive ageism. Positive ageing grew out of a dissatisfaction with ageing being portrayed negatively, and thus it challenges the ageing-as-decline narrative. But, it has an unexpected consequence as it can become a form of ageism in itself. Sally Chivers (2003) applies this argument to older women’s bodies and physical appearance, telling us that positive ageism occurs through the process of promoting an impossible youthfulness and a denial of bodily decline. This is damaging because, as above, it forms an expectation that older women cannot live up to.

The same is happening with regard to older people and sexual activity. In my own work, I have seen a shift over the past few years from older people being viewed as asexual to sexually agentic. By challenging the asexual stereotype, an unintended effect was the creation of a new stereotype where all older people are expected to be sexually active if they are to age well. A failure to maintain sexual agency/autonomy is perceived as submitting to old age.

So, while positive ageism can be positive because it celebrates rather than denigrates older age, it can be detrimental too. In whatever form ageism takes, positive or negative, there is a risk that it does more to reinforce inequality than address it.

Sharron Hinchliff, PhD, is Senior Lecturer at the School of Nursing and Midwifery, University of Sheffield UK. She has a BMedSci (Hons) and a PhD in psychology. Her research spans the areas of ageing, gender and sexual/reproductive health, as well as the psychology of health and health care. Sharron is co-editing the forthcoming book ‘Addressing the sexual rights of older people: Theory, policy and practice’ which is due for publication in 2017. For further details about Sharron’s work, see sharronhinchliff.com.