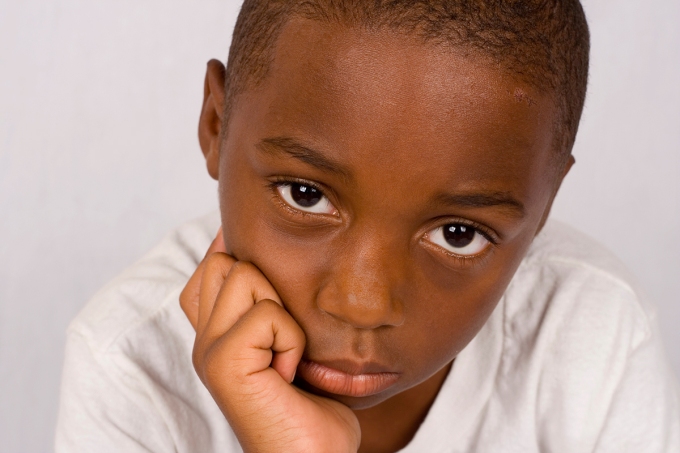 This post continues our new blog series on poverty. As our nation reflects on its progress in fighting poverty over the last 50 years, this blog series will highlight how psychology can contribute further to this discussion.

I would like to address the inherent racism, classism and oppressive dynamics which fill our mental health care system. I would like to highlight three problems and proceed to illustrate these problems by way of a case study.

These critiques are illustrated in the following case study, a boy with whom I worked. His name and identifying information have been changed to protect the rights of the patient.

Case Study Disclaimer: The names and any recognizable information have been changed to protect the privacy and confidentiality of those involved.

John was an eight year old, African American boy. He had steady eye contact, spoke well, and had normal thoughts. He was dressed appropriately, had normal gait and had above average IQ.

He was referred for treatment by his school for aggression, being unable to focus, for declining grades and impulsivity. This was the second school he had attended in the past two years; he was expelled from the first.

His family life was very difficult. Approximately one year earlier, His father had been sentenced to prison for 10 years for selling drugs, and his mother worked several jobs to keep him and his sister supported.  John’s maternal grandmother also provided support.

At my treatment facility, John was first sent to the psychiatrist and was prescribed Adderall for his diagnosed Attention Deficit Hyperactivity Disorder (ADHD), and Aripiprazole (Abilify) for his Oppositional Defiant Disorder (ODD). The treating psychiatrist told John’s mother and grandmother that John suffered from a chemical imbalance, and the medication would correct it. It would help to calm him down, make him less aggressive, and improve his grades. Abilify is an atypical antipsychotic used, originally, to treat schizophrenia. Among the side-effects are headaches, anxiety, insomnia and weight gain—all of which John developed over the course of his treatment. Because he had trouble sleeping (which was not a presenting problem) he was treated with a sleeping aid called Trazadone at a low dose.

He was sent to me to begin individual therapy which he attended regularly two times per week for eight months. The treatment was very difficult. He was an animated (and angry), young boy who was in a lot of pain, desperate for more attention and to have a regular adult figure in his life. His mother was too busy working and struggling with her own illness (i.e., depression) to give her son the attention he needed. His grandmother, while providing support, could not be the primary adult in his life. He was skeptical of getting too close to me, for fear, rightly so, that I would not be there in the long run in his life.

Our work together consisted of talk therapy, play therapy and art therapy. It was evident very quickly that John desperately missed his father, who he loved very much, and that for John, his father’s incarceration was very traumatic. Many of his symptoms resembled PTSD and depression more than ADHD or ODD. As the months passed and the medication became effective, John became more quiet and subdued, and he gained weight. However, he was acting out less in school and at home. His grades remained relatively the same, but he was able to sit still.

John’s mother revealed that she had beaten him physically. She reported feeling stressed out and having a very short fuse when it came to John’s difficulties at school and talking back. She felt very guilty about it, and said that she did not know what came over her sometimes; life seemed too difficult, and she often felt hopeless. On one occasion, she strapped him up in a closet and beat him with a belt, yelling racial slurs at him. It seemed, that the intergenerational transfer of trauma, and the inner city neighborhood in which they lived, created an internalized situation of the slavery their ancestors had experienced.[1] The demonstrated behavior suggests an intergenerational transmission of violence which extends back multiple generations.

During my meetings with the psychiatrist, we would discuss John’s case. Often he would describe John’s situation as hopeless, and the only help that John could get was the miracle of medicine. Further, racist and classist statements flew around the room, the worst of which was from one white, male psychiatrist: “We should just drop a bomb on this whole community and end their suffering. They are evil and broken, they can’t help themselves, all they do is act like wild animals, and there is no way to help them.”

Protesting such racist statements was not effective. No matter how I approached the staff or the administration regarding many of the racist and classist statements and attitudes, nothing changed.

A sense of hopelessness set in me. It was a very dark period in my training as a psychologist. I realized that structural racism has led to a mental health care system that has both given up on and antagonized the poor and the marginalized.

Stories like Johnny’s are all too common within marginalized and disenfranchised populations. However, the origin of one’s illness is not always a biological or intrapsychic one; it is oftentimes a social or environmental one (Arrendondo, Tovar-Blank & Parham, 2008). The longstanding tradition of over-medicating and turning patients’ attention inward to focus on the biological or psychological origins of their suffering, runs the risk of oppressing patients further by denying the effects of their social context.

Structural racism and classism require structural change. Focusing on the multiculturalism, empathy, understanding the ‘other’, identifying microaggressions, and empowerment are all helpful to create greater awareness and consciousness of the problems we face. However, ideological changes are more likely to happen by means of a radical confrontation with a racist and classist system. For example, many mental health workers are joining forces with public policy initiatives to help create structural change.

Eric Greene, PhD, is a clinical psychologist in Los Angeles, CA. He has been working in the mental health field for 10 years in various organizations. He has worked in a hospice center, a juvenile detention center, a private practice, an intensive outpatient psychiatric clinic and others. He wrote his dissertation on the social sources of psychopathology.

Arredondo, P., Tovar-Blank, Z. G., & Parham, T. A. (2008). Challenges and promises of becoming a culturally competent counselor in a sociopolitical era of change and empowerment. Journal of Counseling & Development, 86(3), 261-268.

[1] For a detailed analysis of the intergenerational transfer of trauma within the African American community, see Mullan-Gonzalez (2012);  Leary (2005); and Reid, Mims, & Higginbottom (2004).